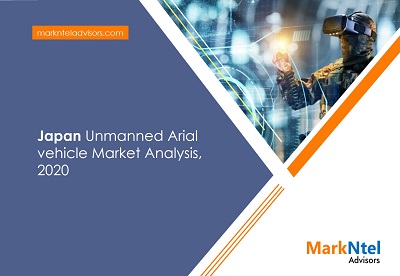 Furthermore, the government in Japan has announced to invest actively in the drone industry to boost domestic production. It also announced to provide drones to firefighting agencies that can result in further growth in the market size of the Japan Unmanned Aerial vehicle market.

Surveying and Mapping to Grow in Forthcoming years

In 2019, Aerial Imaging accounted for a considerable market share. However, the key application of drones in surveying and mapping and maintenance and repair can witness a surge in the forecast period on an account of increasing demand from the construction sector. For instance, in 2018, Japan-based drone provider DJI received an order to deliver 1000 drones to a major construction company, Komatsu Ltd.

The demand for small drones is expected to surge in the forthcoming years due to the increasing e-commerce industry growth in the country. Further, small drones are being used for security purposes. Hence, the government’s increasing emphasis on security is a key factor contributing to the market growth of Japan UAV market.

In 2019, the Hardware segment captured the major market share and a similar trend is expected in the forecast period 2020-25, since the government announced large-scale investment in the country’s drone industry and also ordered to replace all the Chinese drones from the coast guard by the local manufacturer ones, as stated in the MarkNtel Advisors’ research report “Japan Unmanned Aerial Vehicle (UAV) Market Analysis, 2020”.

According to MarkNtel Advisors, the Japan Unmanned Aerial Vehicle market is highly fragmented due to the presence of numerous players in the market. The key players who occupy a considerable market share in the Japan Unmanned Aerial Vehicle market are BAE Systems, DJI, Precision Hawk, Sense Fly, Boeing, AAI Corporation, and Aeryon Flight Lab, among others. These companies in the market are engaging in strategic alliances to gain a major market share in the industry. For instance, in 2020, BAE Systems announced its partnership with Jaunt Air Mobility for Urban Air Mobility in several countries including Japan.

Q. What is the historical year, base year and forecast year considered in the research report on Japan Unmanned Aerial Vehicle Market?
A. The historical data has been provided since 2015, while the base year is 2019 and the data is forecast up-to 2025.

Q. What are the units or denomination for measuring market value in the report?
A. The market size/industry size or the market value is measured in terms of USD Million.

Q. Which region would grab the highest market share during 2020-25?
A. It is forecast that Hokkaido will dominate the market with the majority market share, with market size registering considerably higher CAGR.

Q. Which application segment would emerge as an opportunity area for players in Japan Unmanned Aerial Vehicle Market?
A. Military and Defense are expected to attain the highest CAGR during the forecast period and maintain its significant market share. 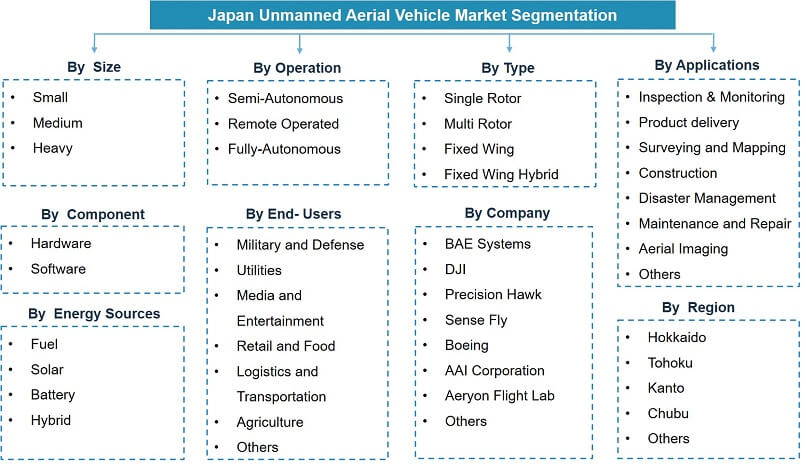