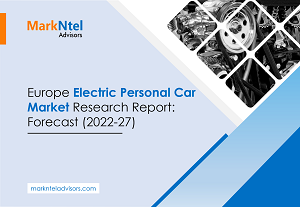 Electric Vehicles (EVs) or Electric Personal Cars are partially or fully powered with electricity & most commonly run on batteries. These cars have lower running costs due to their fewer moving parts, which also results in low maintenance. With the mounting concerns over vehicle emissions & deteriorating environmental conditions, the governments of different countries throughout Europe are seeking environmentally friendly alternatives like EVs & encouraging the public to invest in such vehicles. It is also why the industry holds substantial potential for the future, with a hint toward the presence of lucrative opportunities for the prominent players in the industry.

The Europe Electric Personal Car Market is projected to grow at a CAGR of around 18% during the forecast period, i.e., 2022-27. The market is driven by the mounting demand for cleaner & smarter vehicles across different countries across Europe, bolstered by rigid emissions regulations imposed by the governments, alongside the mounting awareness among people about the ill effects of these emissions on climate change. In addition, improving the economic conditions of the people have also augmented the demand for Electric Vehicles (EVs), particularly passenger cars, which shall exceed dominant China in terms of EV sales in the coming years.

Besides, back in 2019, the region witnessed significantly greater sales of electric personal cars and is set to prevail in the same trend through 2027, demonstrating the high popularity of battery-based vehicles. Nordic countries (like Denmark, Norway, Sweden, Finland, and Iceland, as well as the Faroe Islands, Greenland, and Åland) alongside the Netherlands have been the prominent areas demonstrating an elevation in the sales of these cars. Followed by, the UK shall also make significant contributions to the market growth on the back of the rigid emission regulations entwined with the growing concerns over climate change agendas, showcasing greater emphasis on decarbonization.

Additionally, countries like the UK are committed to their target of attaining Zero-Emissions by 2050 & imposed a ban on the sale of vehicles causing pollution. In the same line, Germany plans to mitigate greenhouse gas emissions by 55 percent by the end of 2030 & up to 95 percent by the end of 2050. Such initiatives & plans hint toward a presence of favorable policies and incentives for the users, encouraging them to invest money in buying electric personal cars and contribute to the industry.

In fact, improving economic conditions and changing living standards are influencing the sales of these vehicles and hinting toward the prevalence of private ownership of cars. The same aspect is also triggering the leading players to introduce new variants in the market and cater to the burgeoning user requirements through 2027.

Although the Covid-19 & national lockdown measures affected the total car sales across Europe due to the shutdown of showrooms, manufacturing halt, and movement limitations, EV sales still managed to remain upheld over Internal Combustion Engine (ICE). The initial phase in the European Union showcased a contraction in the demand for new passenger cars, yet later in April 2020, the month demonstrated a significant number of registrations for new passenger cars.

As concerns over air pollution & emission on human health & environment are mounting rapidly alongside the hiking prices of fuels, the governments of different countries across Europe are imposing stringent emission limitations. Such norms are principally for decarbonization & to encourage the adoption of cleaner & cost-effective alternatives.

Hence, the demand for Electric Vehicles replacing Internal Combustion Engines (ICE) is mounting rapidly across Europe and positively influencing the market growth. Besides, constant developments in batteries for EVs to bring higher efficiency to cars are further stimulating the market across Europe through 2027. 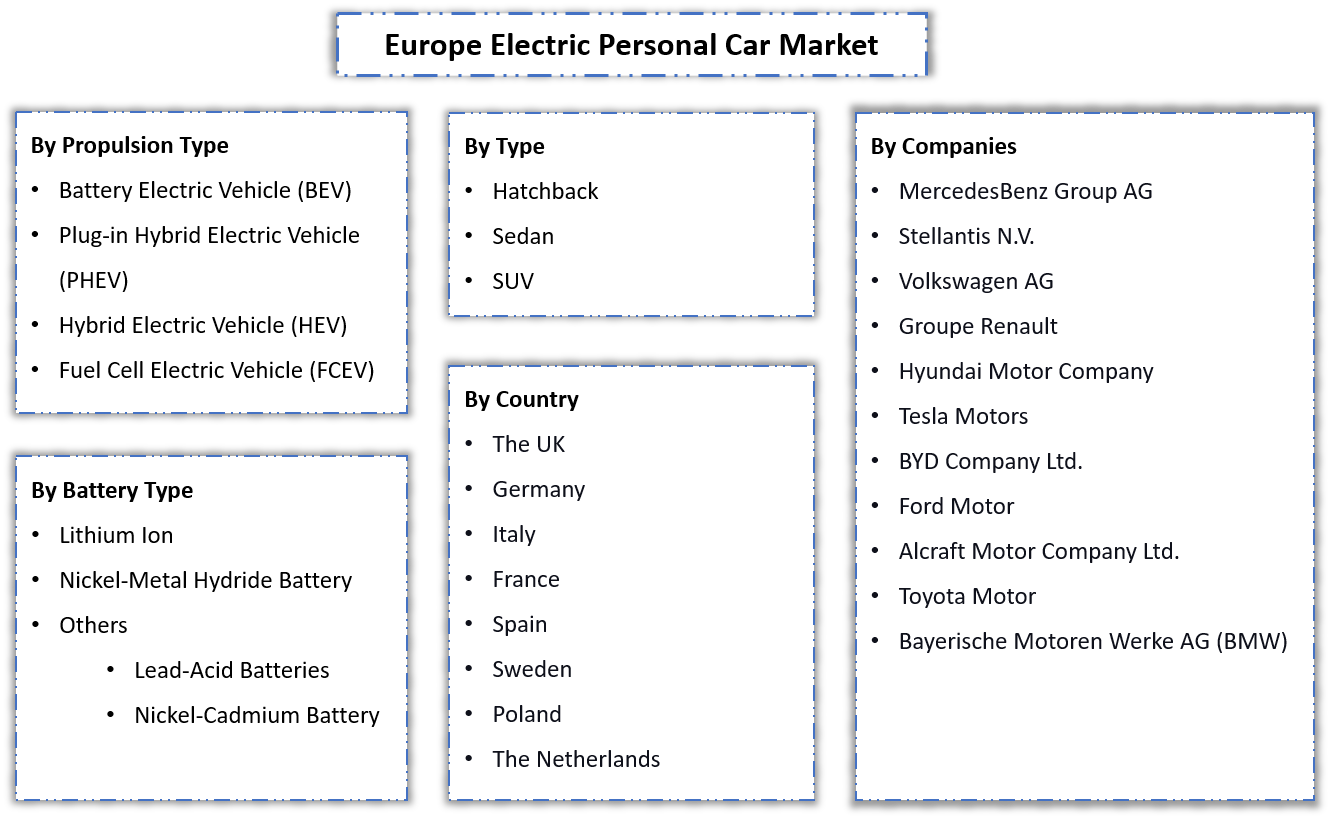