Hypersonic refers to missiles, aircraft, rockets, and spacecraft that can achieve speeds faster than Mach 5, i.e., nearly 4,000 miles per hour. Hypersonic Technology is used in the carrier vehicle for hypersonic & long-range cruise missiles and will have several civilian applications, including the launching of small satellites at low cost.

According to MarkNtel Advisors, the Global Hypersonic Technology Market is anticipated to grow at a CAGR of around 8% during the forecast period, i.e., 2021-26. Militaries worldwide are actively investing numerous resources toward developing advanced technologies for enhancing the offensive & defensive abilities of their respective countries. Hypersonic technology is one such area that has gained focus in recent years. Although the technology is almost 60 years old, armed forces have begun realizing the true potential of hypersonic weapons.

Moreover, the countries like the US, Russia, and China are significantly investing toward developing hypersonic technology, followed by India, Australia, Japan, France, and Germany. These nations are awarding programs to major defense companies to equip hypersonic-enabled weapons in their arsenal. The hypersonic technology programs around the globe include 3M22 Tsirkon in Russia, BrahMos in India, and AGM-183 Air Rapid Response Weapon (ARRW) by the US, further states the research report, “Global Hypersonic Technology Market Analysis, 2021.”

Impact of COVID-19 on the Global Hypersonic Technology Market 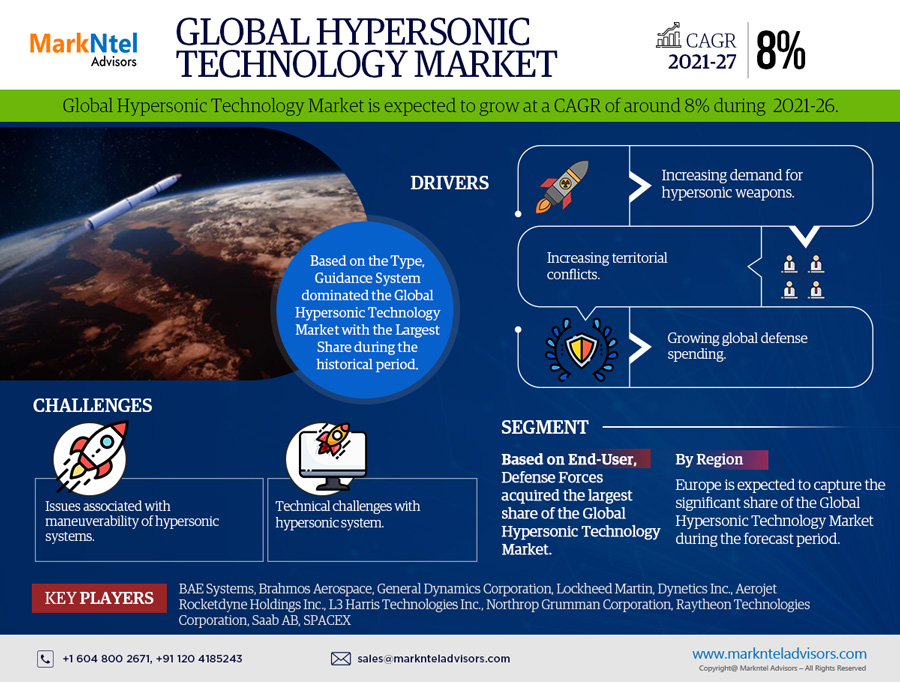 The Guidance System is a crucial part of hypersonic flight. As the hypersonic glide vehicle hovers at more than Mach 5, a spectrum of plasma gets formed on the surface of the glide vehicle. This spectrum deflects the communication waves sent from the ground control unit, which leads to the loss of control. Hence, to guide hypersonic glide vehicles, many companies & research institutes are developing a unique guidance system, which, in turn, would infuse the demand for guidance systems in the coming years.

The market growth in Europe is projected to be driven primarily by the massive investments by Russia, Germany, & France toward developing hypersonic cruise missiles & glide vehicles. Moreover, the mounting demand for hypersonic systems with advanced technologies in European armed forces shall also boost the regional market.

In May 2019, France Defense Ministry awarded a hypersonic glider demonstrator project to Ariane Group, which is likely to be performed under project management by the French defense procurement agency, DGA. Under this project, a joint venture between Safran and Airbus is established to develop an air-to-surface ASN4G missile that replaces the current medium-range Air-Sol Moyenne Portée (ASMP) missile. France's defense ministry is planning to deploy the hypersonic cruise missile by the end of 2021.

A. The Global Hypersonic Technology Market is expected to grow at a CAGR of around 8% during 2021-26.

A. Defense Forces are projected to attain the largest share of the Global Hypersonic Technology Market during 2021-26.

A. Europe is expected to obtain a significant market share during 2021-26 and present immense opportunities to the key leaders of the Global Hypersonic Technology Market.

A. The snowballing demand for hypersonic weapons, growing global defense spending, and increasing territorial conflicts are the key factors driving the market through 2026.

A. The impact of the COVID-19 pandemic on the Global Hypersonic Technology Market is expected to be positive during 2021-26. The market is likely to witness steady growth over the forecast years, owing to the surging investments in enhancing the overall development process. 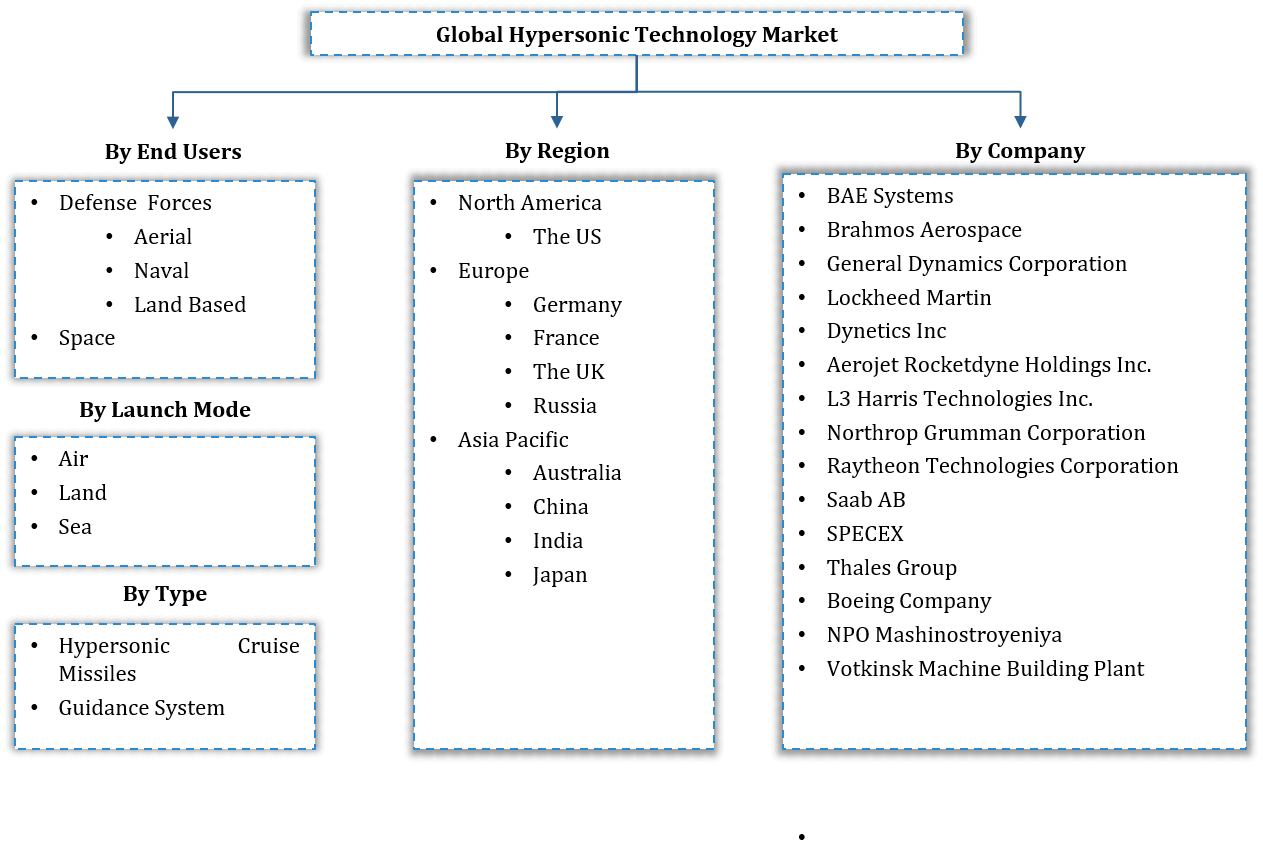