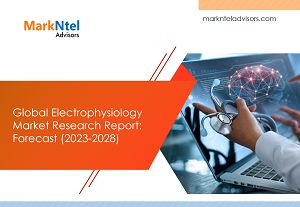 Electrophysiology is the branch of physiology, primarily concerned with the electrical properties of biological cells and tissues. It involves measurements of voltage changes or electric current or manipulations on a wide variety of scales from single ion channel proteins to whole organs like the heart.

The Global Electrophysiology Market is projected to grow at a CAGR of around 10.5% during the forecast period, i.e., 2023-28. The market is largely driven by the intensifying burden of cardiac arrhythmias worldwide. The emerging need for high precision and controlled cardiac diagnostic and ablation procedures paired with conducive reimbursement policies is observed to be a solid booster to the adoption of minimally invasive electrophysiology therapies. Atrial Fibrillation, Atrial Flutter, Wolff-Parkinson-White (WPW), Ventricular Tachycardia, And Atrioventricular Nodal Reentry Tachycardia all have rising prevalence and incidence rates.  Besides, in order to facilitate better sterility, safety, and affordability, the key market players have switched to disposable catheters for intermittent cardiac procedures, making the demand for disposable catheters skyrocket in the coming years.

Here, Electrophysiology Ablation Catheters are anticipated to dominate the market, during the forecast period, among others. With radiofrequency ablation, and cryoablation acquiring prominent shares, ablation catheters are likely to gain traction in the coming years, owing to associated technological improvements. A catheter is a small tube inserted into the blood artery, and catheter ablation is a type of heart ablation therapy used to treat irregular heart rhythms. Ablation, a minimally invasive process that uses catheters to destroy the heart's damaged electrical circuits, is the basis for how ablation catheters function. It is basically a procedure that restores the functionality of your heart by carefully removing any abnormal tissue. With the aid of ablation catheters, abnormal heart tissues that could cause erratic heartbeats, can be regulated. Thus, these aspects continue to account for accelerating demand for Ablation Catheters, encouraging market expansion in the projected time frame. For instance,

Here, North America acquired the largest market share in recent years and is anticipated to prevail in the same dominance during the forecast period. It owes principally to the massive investments by the governments of different countries in the region in the healthcare sector, including the electrophysiology units, and conducting numerous research & development activities to bring innovations in the diagnosis, treatment, and care of heart patients. According to CDC, Heart disease is the leading cause of death for men, women, and people of most racial and ethnic groups in the United States. In fact, every 34 seconds, one person succumbs to cardiovascular disease here. The key factors backing such alarming condition is the high blood pressure, high blood cholesterol, and smoking. The data clearly hints at the immediate need to address the crisis with effective treatment techniques and procedures, thereby generating growth opportunities for the leading players to increase their offerings and cater to the burgeoning requirements. Furthermore, exhibiting large-scale investment to develop patient-oriented electrophysiology systems, the region is all set to have an advanced healthcare infrastructure in the future and hints toward a lucrative outlook for the market. For instance,

An alarming rise in the number of cardiac arrhythmias has compelled innovations in the manufacturing of electrophysiology devices. According to WHO, around 17.9 million people succumb to Cardiovascular diseases (CVDs) every year, accounting for 32% of total deaths worldwide. Out of 5, four CVD deaths are due to strokes and heart attacks, with one-third of these deaths occurring in people under 70. Likewise, as per Canadian government health statistics, one out of twelve Canadians lives with heart disease. Backed by behavioral risk factors such as unhealthy diet, physical inactivity, and excess alcohol and tobacco consumption, the patient pool is expected to surge in the coming years, presenting the need for more effective electrophysiology devices. As a result, the market is expected to enthrall in the coming years.

A. The transcending burden of cardiovascular diseases worldwide is expected to drive the Electrophysiology Market during 2023-28.

A. Globally, North America would provide lucrative prospects for the Electrophysiology Market in the years ahead. 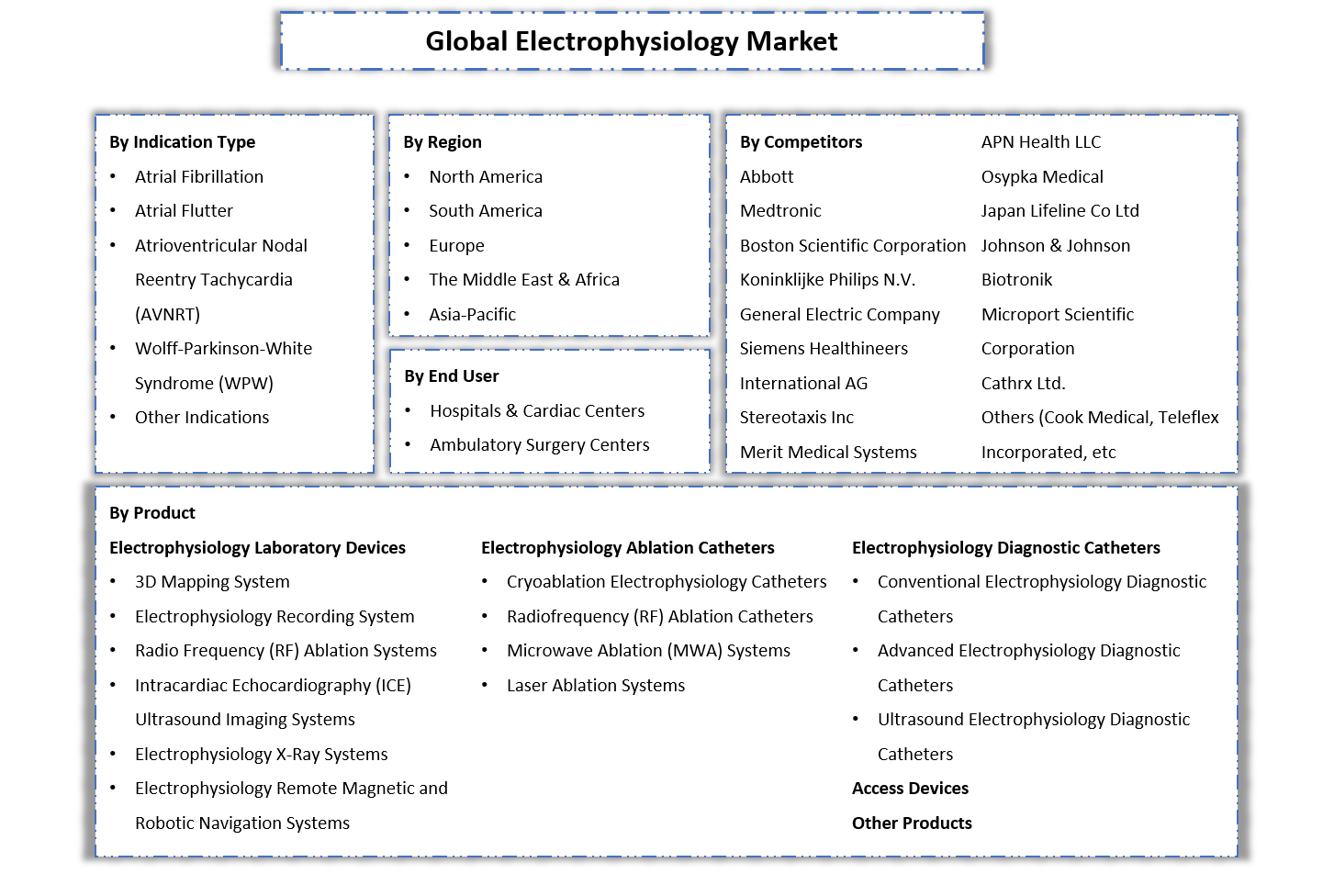