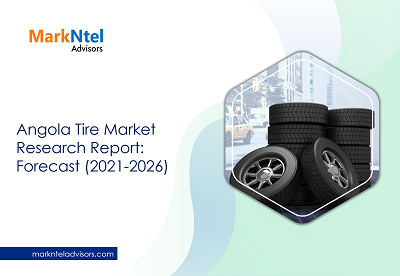 The tire industry of Angola is import-driven since the country lacks tire manufacturing units and is sustaining with aftermarkets & imports of tires. As a result, the government is working on improving its trade business and enhancing the country's infrastructure to attract foreign investments & leading companies to establish tire manufacturing plants, which, in turn, would lead to steady growth for the tire industry in the coming years.

The Angola Tire Market is projected to grow at a CAGR of around 12% during the forecast period, i.e., 2021-26. The growth of the market is likely to be driven principally by the increasing government focus on infrastructural developments associated with highways, railway stations, etc., which, in turn, is propelling the demand for industrial equipment, including earthmoving, material handling, etc., and, consequently, for tires.

Besides, since the country is rich in diamonds & oil, the government is laying out several mining projects in Angola and directly influencing the demand for mining equipment & robust tires for them. Moreover, owing to the unavailability of manufacturing facilities & Original Equipment Manufacturers (OEM), the cross-border trade mechanism is also driving the tire industry in Angola.

As a result, the government is demonstrating several favorable policies to attract foreign investments & enable the leading tire manufacturers to establish their units in the country, and enhance the transportation & logistic chains to boost the tire industry & fuel the country's economy in the coming years.

Impact of Covid-19 on the Angola Tire Market

The advent of Covid-19 in 2020 had a decelerating impact on most industries across Angola, and the automotive & tire markets witnessed catastrophic effects, with several unprecedented challenges, especially with the imposition of stringent movement restrictions & lockdowns by the government to curb the spread of this dreadful disease. These restrictions that affected the transportation & logistic chains in the country also hampered the distribution of tires.

Besides, as the tire market in the country is driven primarily by cross-border trade & exports, hindrance in these channels resulted in the unavailability of tires and massive financial losses for the leading players in the industry. Moreover, since Angola does not have manufacturing facilities for tire production, its dependence on trade was severely affected amidst the crisis.

Based on the Vehicle Type:

Of them all, Medium & High Commercial Vehicles are anticipated to demonstrate the fastest growth in the Angola Tire Market during the forecast period. It attributes principally to escalating infrastructural developments, leading to multiple construction projects like Caculo Cabaça Hydroelectric Project, Zinia Phase 2 Project, MCA Solar Project, Cabinda Refinery, and Caio Deep Water Port, among others, in the country. As a result, these projects are accelerating the demand for heavy commercial vehicles & pointing at the mounting requirements for tires, thereby boosting the market.

Based on the Type of Tire:

Here, Radial Tires are expecting an upswing in their demand during the forecast period. In line with rapid construction activities, Angola is witnessing rigorous mining activities for procuring oil & diamonds, i.e., augmenting the demand for mining equipment. Consequently, it is fueling the production & sales of radial tires in the country, owing to their flexible sidewalls, lower rolling resistance, better stability & durability, & reduced fuel consumption, thereby propelling the overall market growth.

Angola is the second-largest oil-producing country in Sub-Saharan Africa and harbors a significant number of gas reserves & extensive mineral resources. Hence, the mining sector in the country is witnessing an upswing, which, in turn, is augmenting the demand for mining equipment and positively influencing the sales & production of robust tires for enhanced efficiency.

Besides, growing awareness among vehicle owners about vehicle safety & the need to timely replace tires is further anticipated to fuel the adoption of tires for mining equipment. As a result, it would generate lucrative growth opportunities for the leading players to increase their import business to meet the rising tire requirements and drive the Angola Tire Market during the forecast period.

A. Commercial Vehicles are anticipated to emerge as an area of remunerative opportunities for the leading players in the Angola Tire Market during 2026.

A. What are the growth opportunities driving the Angola Tire Market through 2026?

A. In the coming years, the Angola Tire Market is anticipated to witness a steady growth owing to various ongoing & upcoming construction & mining projects in the country, which, in turn, would augment the need for construction equipment, along with robust tires for them. 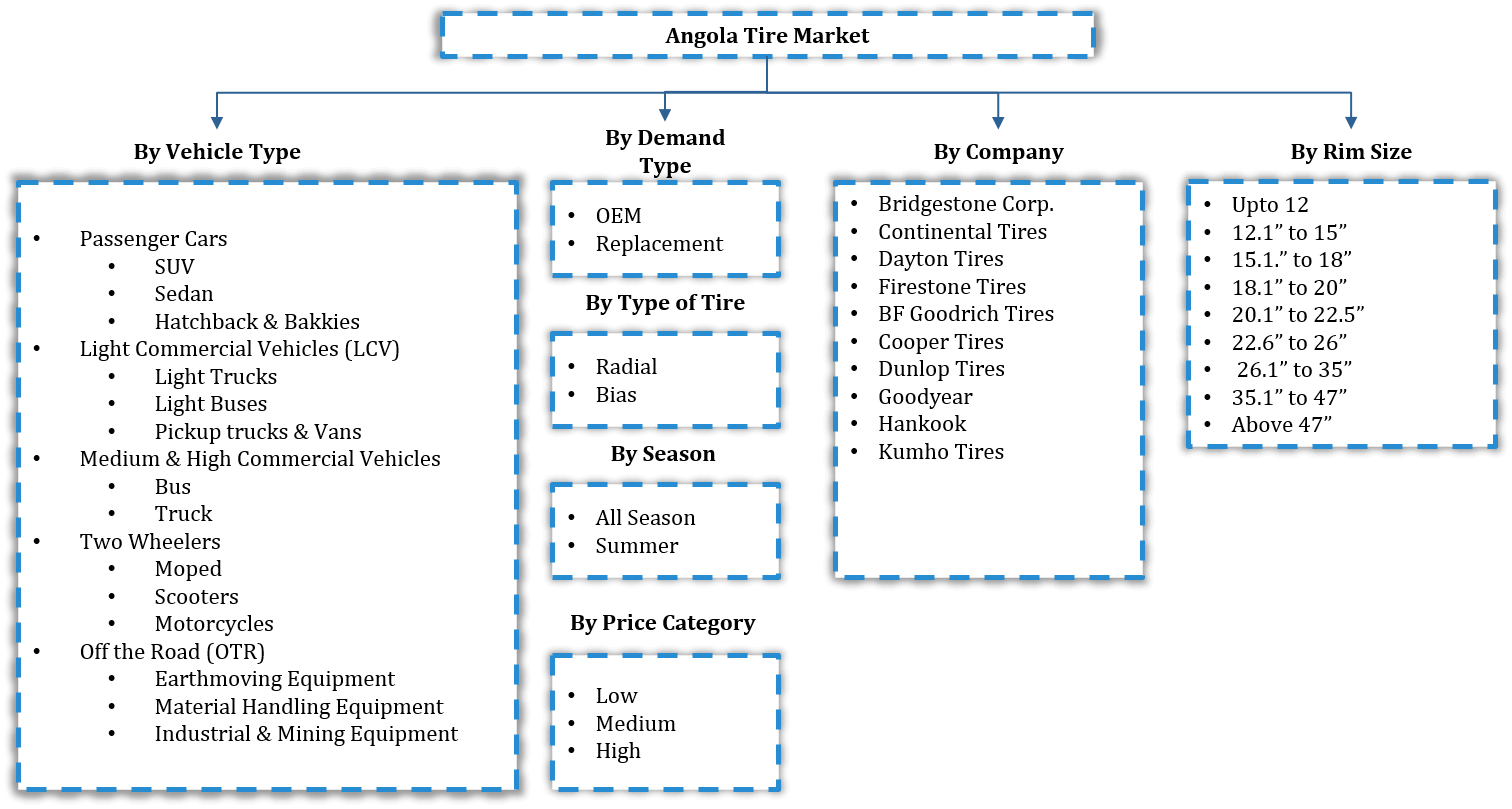