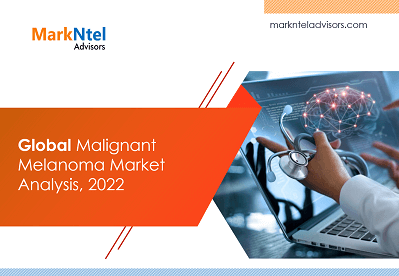 Malignant melanoma is a tumor produced by the neoplasm (uncontrolled growth) of melanocytes derived from the neural crest. It usually occurs on the skin but can further spread in other areas where neural crest cells migrate. Most melanomas in the early stages do not present any particular symptoms. However, later they may appear as an already existing mole that displays size/color differences or lesions that do not heal. Its prevalence is rapidly growing worldwide, more commonly among Whites than Blacks & Asians. Being aggressive in nature, it can spread to numerous atypical locations through metastasis and hence has a poor prognosis.

The Global Malignant Melanoma Market is projected to grow at around 7% CAGR during the forecast period, i.e., 2022-27. The mounting patient pool for skin cancer & other skin allergies, rapidly increasing penetration of novel therapeutic agents, high unmet patient needs for melanoma treatment, and the launch of premium-priced therapies, like the combination of PD-1 and BRAF/MEK inhibitors, are the prime aspects driving the global market.

Besides, various initiatives by governments of different countries worldwide for increasing the awareness about the early cancer detection & treatment, coupled with rapid technological advancements associated with the healthcare sector, and the advent of more effective diagnostics & therapeutics for malignant melanoma treatment, are also projected to boost the market in the coming years.

In general, the risk of developing malignant melanoma rises with age. However, new cases have been increasing among the younger population, i.e., those below 40 years. Moreover, there's a constantly surging need for affordable therapeutics for melanoma treatment owing to its burgeoning cost.

Surgery is the preferred method to treat primary skin cancer, but it alone fails for patients with advanced metastatic melanoma and thus, requires enhanced therapeutics. In recent years, with an improved understanding of cancer biology, various new therapeutic agents with promising potential have emerged as effective treatments for advanced melanoma and, in turn, project remunerative prospects for the Global Malignant Melanoma Market through 2027. 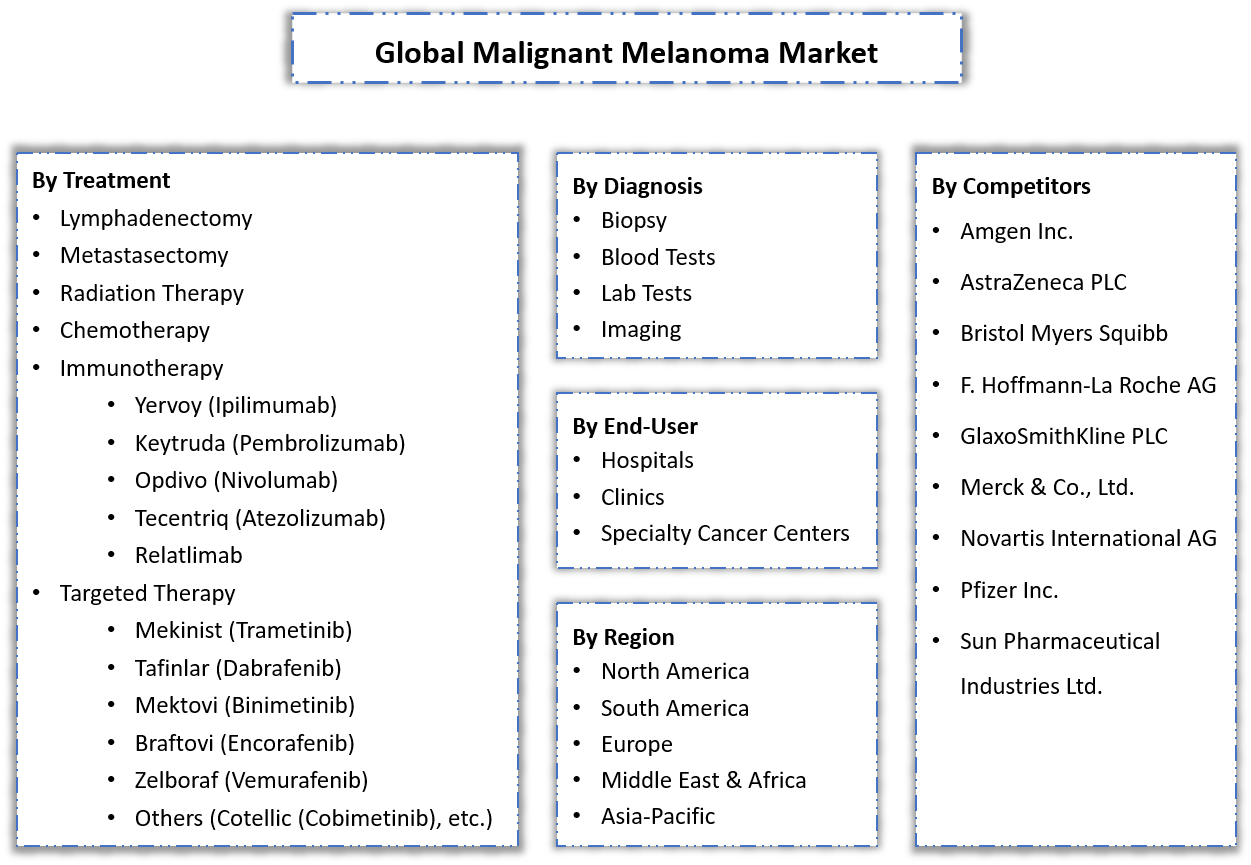