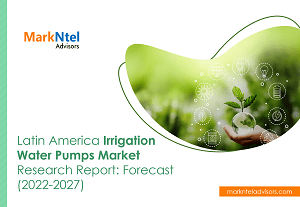 Machines are primarily used for the to & fro movement of things during irrigation. Irrigation pumps are used to pump water from a lower to a higher level, where it then streams through channels to the areas that support irrigation or to elevate it to the required pressure head so that it can be splashed on the fields via pipelines (sprinkling). These are either mechanical, electrical, or pneumatic pumps.

Latin America has a very prominent agriculture sector and is also one of the main revenue-generating sectors for many economies in the region, such as Chile, Peru, and Mexico, amongst many others, which have been the primary reason for the continuous demand for irrigation water pumps across the region.

The Latin America Irrigation Water Pumps Market is projected to grow at a CAGR of 3.06% during the forecast period, 2022-27. The major factor attributed to the growth of the market has been rising food security concerns in the countries such as Brazil, Colombia, Chile, Peru, etc. This, in turn, uplifted the production of crops in the region, thus positively impacting the demand for irrigation water pumps. The increasing population, improper irrigation facilities, uncertainty of rain, depleting groundwater table, etc., are some of the prominent challenges faced by farmers, which has caught-up the attention of the regional governments to invest massively in the agricultural sector. For instance:

Under this project, the water stored in dams would be further used for the irrigation of farmlands in Mexico. In parallel to this, in 2019, the government of Colombia announced the “National Irrigation Plan 2022,” with an investment of around USD2.87 billion, owing to producing a healthy yield of crops such as coffee, rice, corn, etc. Hence, the rising propensity of the regional governments towards the health yield of crops as well as for food security concerns is expected to boost the demand for irrigation water pumps in the forecast years.

Moreover, the rising exports of agricultural yields, such as grapes, apples, and coffee from the countries like Brazil, Colombia, Argentina, etc., are necessitating the requirements for irrigation water pumps to produce a healthy yield. Some of the prominent importers of these crops from Latin America are the US, Germany, France, etc. Thus, the growing production of fruit crops in the region is estimated to support the growth of irrigation water pumps in the region during the forthcoming period. 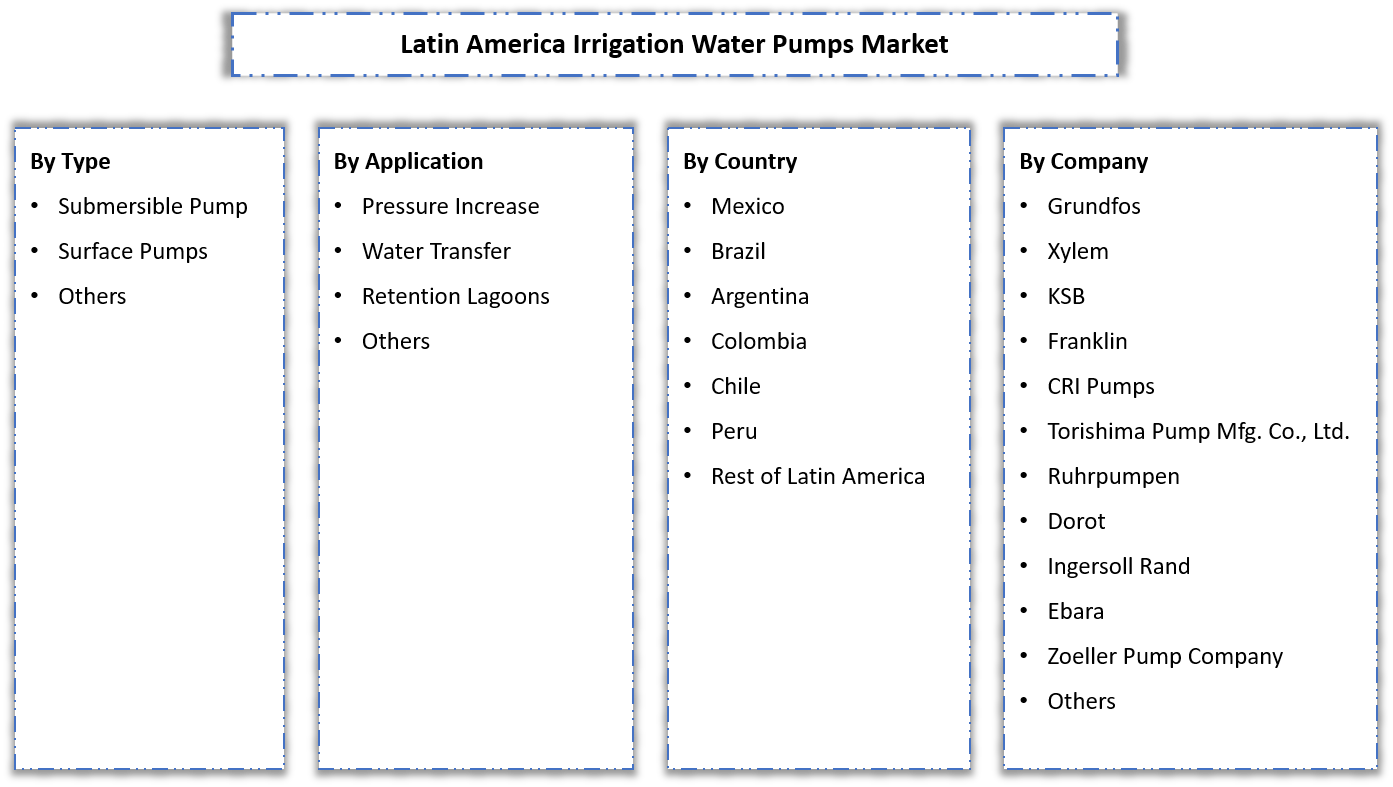