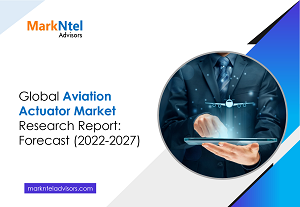 Actuators are devices that convert electric signals to pressure, temperature, or mechanical movements and thus play a crucial role in control systems. In the aviation industry, they are used extensively for operating cargo bay doors, landing gear, engine components, & flight control surfaces, among others. Hence, it is crucial for them to bear strong vibrations, cold, & heat, as well as edge in compact spaces and be lightweight while exhibiting high dynamic forces.

The Global Aviation Actuator Market is projected to grow at a CAGR of around 8.5% during the forecast period, i.e., 2022-27. Most of the market expansion would be propelled by the surging air passenger travel owing to the increasing disposable income of people and their improving living standards. With rapid urbanization, improving economies of developing countries, & increasing population, new air routes are being launched in order to strengthen global connectivity, and aircraft manufacturers are actively working on expanding their fleet size to cater to the skyrocketing air passenger traffic worldwide. Consequently, there are burgeoning aircraft deliveries globally, mainly commercial aircraft, which are driving the production & sales of actuators.

Based on Aircraft Type:

Of them all, narrow-body aircraft are expected to acquire a considerable share in the Global Aviation Actuator Market during 2022-27. It owes to more & more airlines adopting LCC (Low-Cost Carrier) business model and increasingly procuring narrow-body aircraft due to benefits like low operational costs and high fuel efficiency on short-haul routes.

Besides, aircraft manufacturers are rigorously conducting R&D in order to bring technological advancements into these aircraft and allow them to fly longer distances, i.e., another prominent aspect projected to surge their demand. Moreover, more & more companies are working on narrow-body aircraft deliveries. For instance:

Hence, these developments by Russia & China would pose a significant challenge to the decades-old market leaders Airbus & Boeing. Consequently, as deliveries of these aircraft surface & increase, it would instigate the massive production & sales of actuators and create new directions for the Global Aviation Actuator Market to expand notably in the coming years. 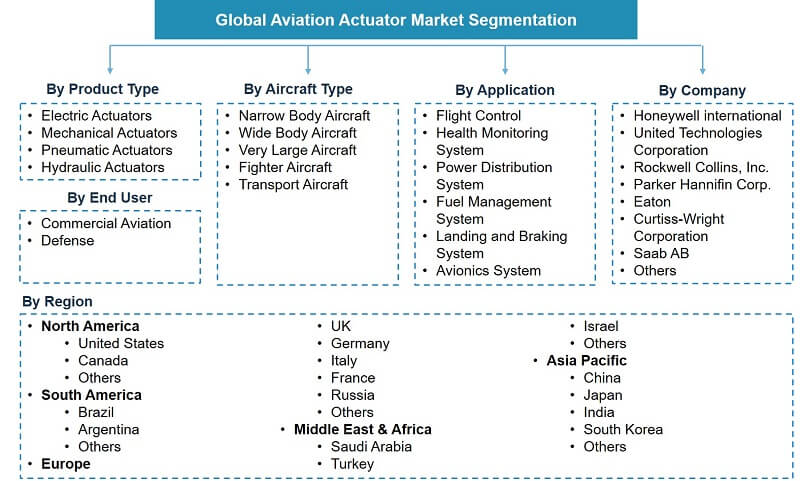