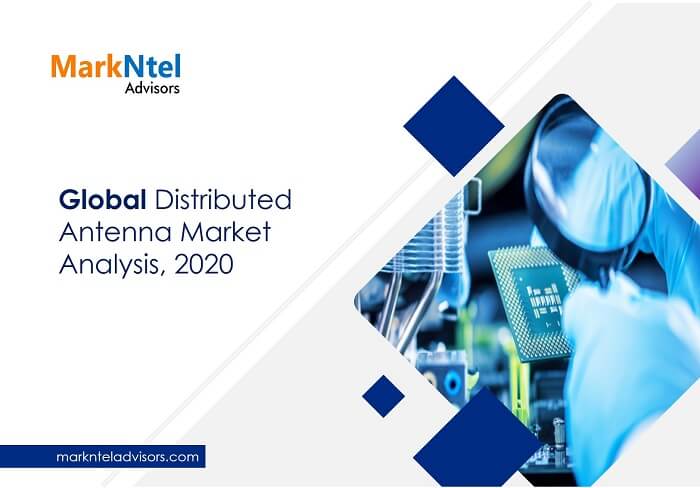 The Global Distributed Antenna System market has been witnessing an increasing adoption on an account of increasing government investment in various sectors such as hospitality, education, and healthcare, with alignment to the telecommunication sector across different counties across the regions.

According to MarkNtel Advisors’ research report titled “Global Distributed Antenna System Market Analysis, 2020”, the Global Distributed Antenna System market is projected to grow at a CAGR of around 8.5% during the 2020-25 owing to increasing smart devices users, growing internet traffic, and expanding BYOD trend. The capability of these antenna systems to support multiple operators coupled with interconnectivity with other antenna modules is another leading factor that has fuelled the demand for DAS globally.

The increasing need to stay connected, along with growing adoption of Bring your own device (BYOD) and choose your own device (CYOD) are boosting the demand for wireless connectivity at a rapid pace. This is making way for the implementation of DAS in different end-user sectors. The cost associated with installation and maintenance is pretty high and is pushing different end-user companies to outsource their services to third-party vendors for providing reliable connectivity. The designing and installation of various DAS systems being done by carrier providers. The telecom industry across the globe has a huge expansion potential in the coming future with the advent of new and advanced technologies such as 5G high-speed network, IoT, Virtual Networking, and others, that require uninterrupted telecommunication networks. The Distributed Antenna System enables a more defined coverage along with less power consumption.

Moreover, technological advancements in radio frequency, internet protocol, and fiber optics would provide a single platform for multiple technologies, that would push the demand for the deployment of DAS for improving the communication network.

The increasing use of modern technologies such as IoT (Internet of Things), M2M connectivity, and 4G and 5G telecommunication networks require interconnection among several devices with efficiency, cost reduction, and better quality. Also, the rapid urbanization resulting in a greater high rise construction has been fuelling the demand for a distributed antenna system (DAS).

Q. Which region would grab the highest market share during 2020-25?
A. It is forecast that North-America will dominate the market with majority market share, with market size registering considerably higher CAGR.

Q. Does the report scope cover country wise market statistics also?
A. Yes, the scope of the report encompasses detailed country statistics such as market size, market segmentation based on various subcategories.

Q. Which End User would emerge as an opportunity area for players in Global Distributed Antenna Market ?
A. The Public Venues and Industrial has been fueling the demand for distributed antenna system (DAS). 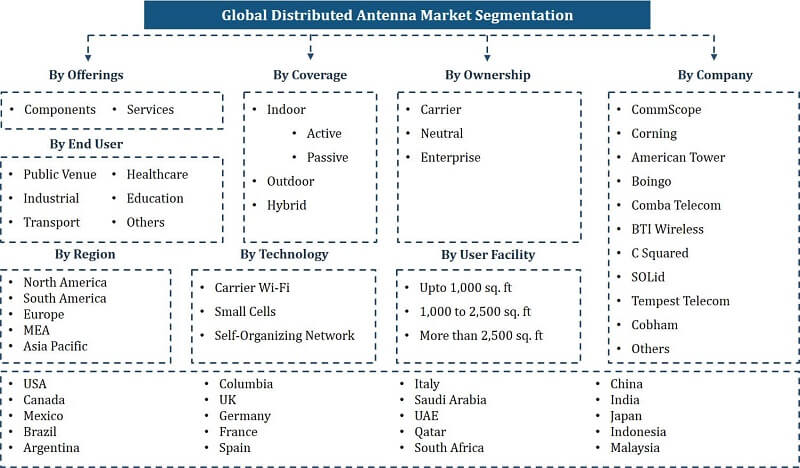