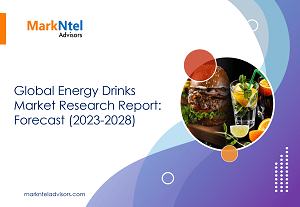 Energy Drinks are beverages containing a high concentration of energy-boosting stimulants such as coffee, ginseng, etc. It may or may not be carbonated and is consumed to enhance physical energy, performance, and mental alertness.

The Global Energy Drink Market is projected to grow at a CAGR of around 7.5% during the forecast period, i.e., 2023-28. The rise in modernization and increasing health consciousness among different age groups is predominantly driving the market. In addition, youth highly prefer energy drinks due to their mood-boosting, performance-improving, and alertness-heightening properties.

Along similar lines, the wave of staying active and hydrating is further fueling the demand for energy drinks. There is an elevation in the number of fitness centers, their participants, and even other consumers following workout plans at home, all collectively advancing the beverage demand. Besides, market players leveraging the needs by advertising the drinks as instant energy-boost and immunity-boosting is catching consumers' attention and pushing the industry forward.

Moreover, having gained popularity among sports athletes as an instant energy booster has further catalyzed the demand for the beverage. For instance, in March 2021, Pepsico introduced the energy drink: "MTN Dew Rise Energy," targeted at morning consumers. Furthermore, the popularity of ingredients such as caffeine, taurine, and ginseng, is transforming the image of energy drinks. Since it also provides an alternate energy-elevating option to coffee, consumers are further driven towards energy beverages to avoid the ill effects of caffeine.

Contrary to this, health problems caused by over-consumption of the drinks could likely restrain the market growth. However, it further elevates consumer attention and demands for organic beverages, resulting in further amplification of the industry. 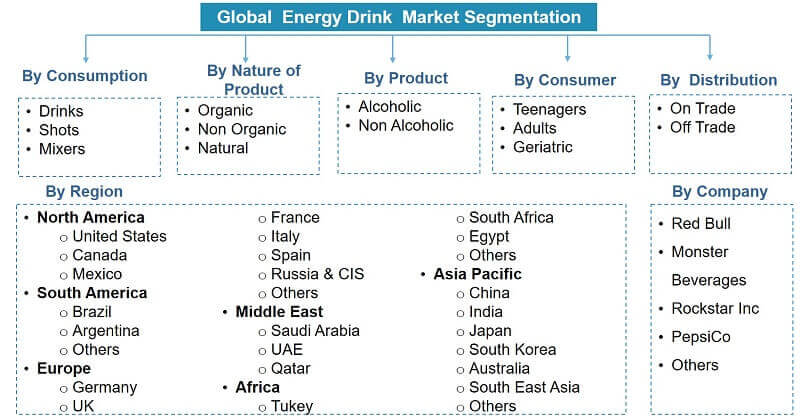