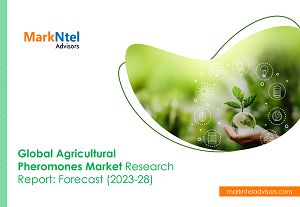 Agricultural pheromones are chemical signals used by insects to communicate with each other. These pheromones are often released by an adult insect to attract a mate, mark a territory or repel predators. They are also used to disrupt the mating habits of insect pests, such as aphids and moths, by making them less likely to reproduce. Agricultural pheromones are often used in combination with other pest control methods, such as biological control and insecticides, to maximize their effectiveness.

The Global Agricultural Pheromones Market is projected to grow at a CAGR of around 14% during the forecast period, i.e., 2023-28. The industry is predominantly driven by the incessant need to ramp up agricultural productivity owing to the fast-growing population worldwide. Given this, the adoption of sustainable agriculture practices has surged in the past few years, including pest control usage. Factors like chronic climate change, increased crop protection product usage in fruits, vegetables, and row crops, and the negative impact of pesticides on human health has called for numerous investigation on a variety of biological, chemical, and mechanical techniques to prevent the harmful effects of pesticides and limit the further expansion of pests.

In fact, The US Environmental Protection Agency (US EPA) has registered several chemical compositions for use in commercial, residential, and agricultural settings. Because of their beneficial effects on health and growing popularity, pheromones used in agriculture are increasingly being consumed. Thus, leading to augmented demand for agricultural pheromones in the historical period.

Moreover, the agricultural pheromones industry has a high potential in emerging markets, such as China and India, as the climatic conditions in the Asia Pacific region are conducive to insect growth. Other than this, simple accessibility of pest control goods in the nations, as mentioned earlier, has furthered the industry growth across the region. With technological advancements proliferating within agricultural techniques, agricultural pheromones are swiftly slithering into various pest management techniques as synthetic replicas of natural pheromones aiding aggregation or attracting insects.

Therefore, the surging inclination toward organic agriculture due to the high demand for high-value crops and integrated pest control solutions will likely influence market growth in the forecast period. The global agricultural pheromones market, however, is being severely constrained by factors like the high cost of the active chemicals used in pheromone production, the drawn-out research and development process, and the high startup and maintenance costs incurred by farmers when setting up insect pheromone trap. 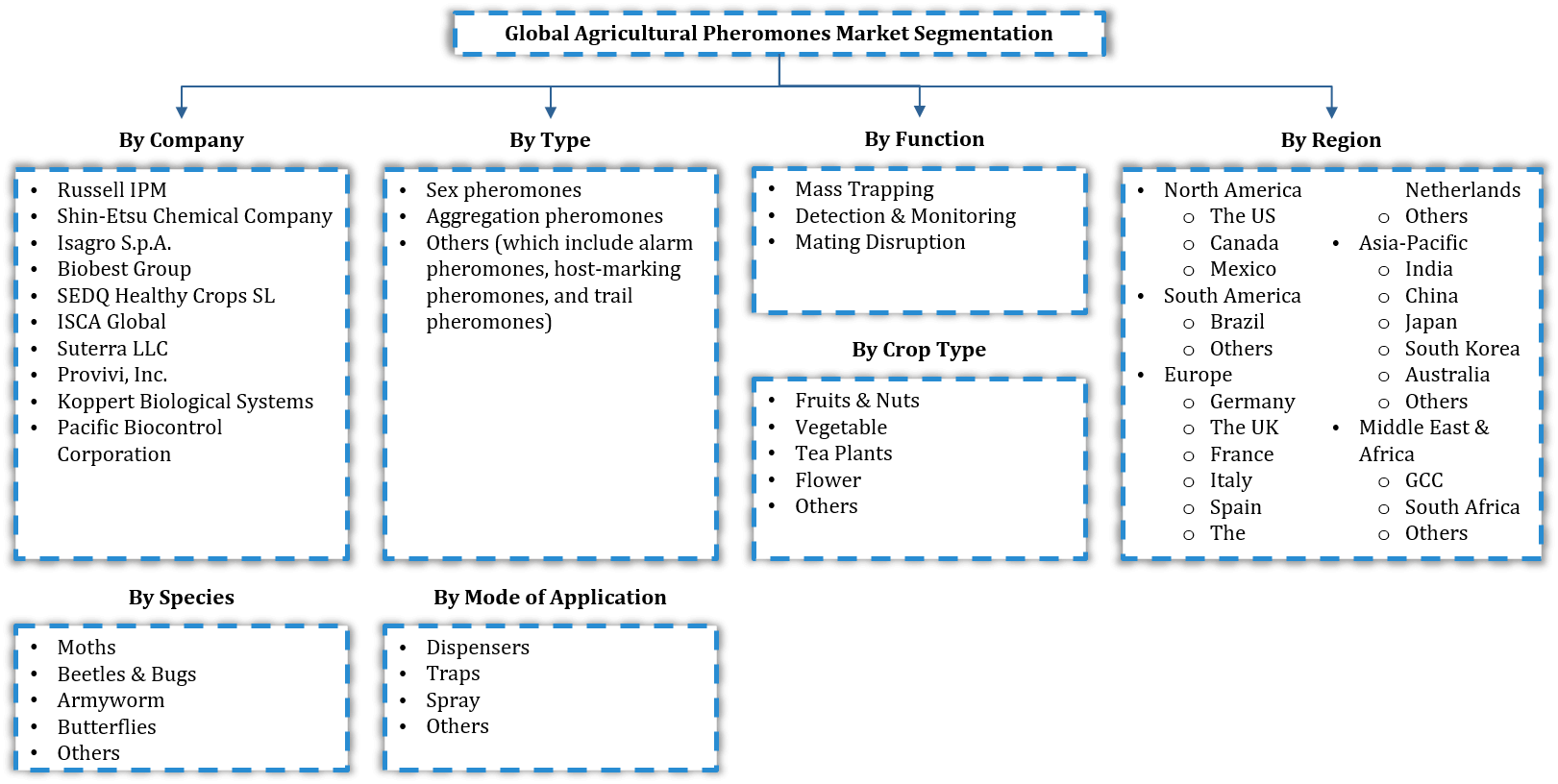