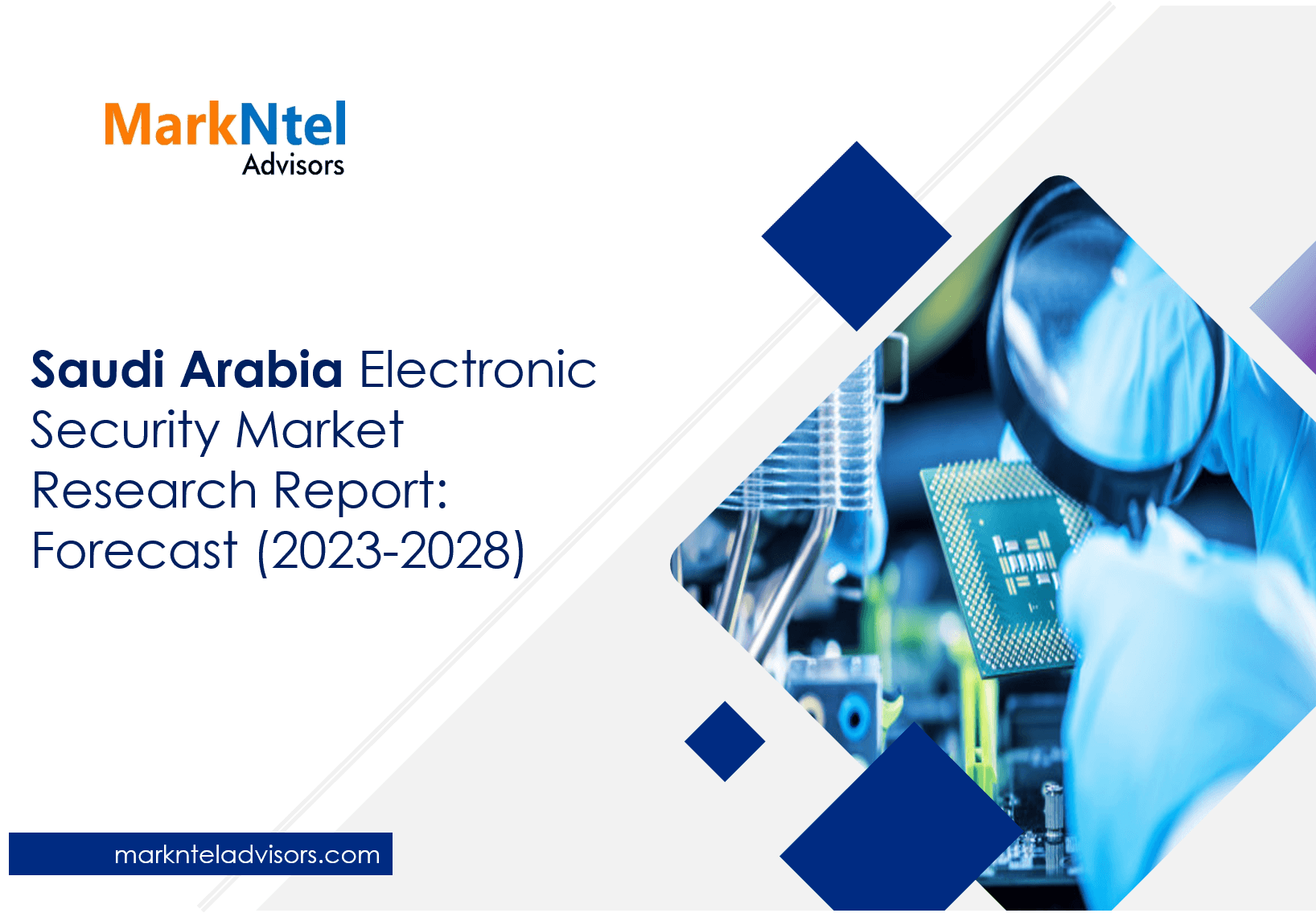 The Saudi Arabia Electronic Security Market is expected to grow at around XX% CAGR during the forecast period, i.e., 2023-28. Most of the market expansion would be driven by the ever-increasing need for technologically advanced security solutions in the country in order to effectively tackle the rising number of threats from adversaries, illegal migration, & smuggling, coupled with the growing awareness among several end-users about the importance of high-end security across facilities, and the rising availability of security systems at low prices.

Besides, various ongoing smart city development projects due to increasing urbanization are also augmenting the installations of video surveillance, access control, and other security systems for efficient & accurate monitoring of places. Technological innovations and increased government focus on infrastructure developments are resulting in the ever-evolving demand for electronic security equipment across the country. Additionally, digitalization trends across industries and increasing integration of the Blockchain, Internet of Things (IoT), and Artificial Intelligence technologies in security operations are further aiding in the market expansion.

Airports, railways, roads, ports, & land border checkpoints, the most prominent security concern owing to their critical importance to tourism, trade, & commerce, are other major driving forces for the market. Their affinity with other sectors like manufacturing, transportation, and energy production is creating lucrative prospects for the leading companies in the Saudi Arabia Electronic Security Market to bring innovations in their product offerings and improve the country's security measures over the coming years.

Of them all, video surveillance security systems hold the dominant share of the Saudi Arabia Electronic Security Market. It owes to the ever-growing end-user requirements for cameras, monitors, & storage devices to address the increasing cases of security breaches & physical security incidents, especially at critical infrastructures like airports, banks, & trade centers of the country. The advent of IP cameras & their ever-increasing adoption has resulted in various hardware-based improvements that have enhanced low-light performance, object tracking, and built-in security features. Some surveillance cameras have become highly specialized and can even be configured to zoom in, detect hazardous equipment, etc.

As a result, the increasing installations of mass surveillance systems by the Saudi government to help concerned authorities track the suspects of crimes, coupled with the growing utilization of advanced technologies like AI (Artificial Intelligence), computer vision, pattern recognition, etc., in the existing systems in order to scan aberrant behavior & patterns in different video recordings, are creating remunerative prospects for the Saudi Arabia Electronic Security Market.

Here, the commercial sector is projected to acquire a notable share of the Saudi Arabia Electronic Security Market during 2023-28. With the mounting influx of foreign investments and growing government efforts toward diversifying the economy from oil & gas, the country is witnessing an increasing number of infrastructure developments and various ongoing & upcoming building & construction projects associated with airports, railway & road networks, hotels, shopping malls, corporate spaces, etc.

The government is actively focusing on infrastructural developments, i.e., in line with Saudi Vision 2030, and thus, taking rigorous steps to enhance the overall security network of the country. Consequently, electronic security systems are in high demand for the close monitoring of critical places like airports, highways, high-risk, busy, & accident-prone zones, public transportation, etc., to ensure public safety and reduce the crime rate.

Moreover, banks & financial institutions are also prominent end-users of the electronic security market in Saudi Arabia. The ever-increasing adoption of high-end surveillance devices in these facilities owes to the increasing prevalence of fraudulent activities & data breaches and the rapid rise in ATM thefts. Hence, these aspects indicate an enormous share of the commercial sector in the Saudi Arabia Electronic Security Market over the coming years.

A. The Saudi Arabia Electronic Security Market is projected to register around XX% CAGR during 2023-28.

A. The rising number of security concerns across industries & residences, falling prices of security systems, and significant developments in these devices are the prime aspects expected to drive the Saudi Arabia Electronic Security Market during 2023-28.

A. The commercial sector is projected to emerge as an area of remunerative opportunities for the leading players operating in the Saudi Arabia Electronic Security Market during 2023-28.