The Global Nuclear Biological Chemical (NBC)/Hazmat Suit Market is projected to grow at a CAGR of 7.25% during the forecast period, 2022-27, states MarkNtel Advisors in their recent research report. The chemical industries are one of the prominent industry verticals that contribute immensely to a country's economic growth. According to the International Council of Chemical Associations (ICCA), the global chemical industry contributed an estimated USD 5.7 trillion revenue to the global GDP in 2018.

However, high-risk exposure to chemicals, gasses, and bacteria causes several health problems in the workforce, such as skin irritation, burns, respiratory illnesses, etc. Additionally, unsound management of industrial operations in industries exposed to health risks has significantly contributed to an increase in death rates in the country.

Amongst all Levels of Protection provided by NBC Suits, Level A is expected to gain traction during 2022-2027, as these suits are highly protective against vapors, dust & gases, and have the greatest potential for minimizing risks, when exposed to hazards.

Increasing investments in chemical, mining, & nuclear-based industries have posed a threat to the skin, eyes, and respiratory systems of the workers operating in the fields. As a result, the mounting awareness for maintaining the health & safety of the workforce would proliferate the demand for Level A NBC suits in the global market over the forecast years.

With the US Inclined toward Developing Nuclear Weapons, North America to Dominate the Nuclear Biological Chemical/Hazmat Suits Market

Of all regions globally, North America is predicted to acquire the largest share in the Nuclear Biological Chemical/Hazmat Suits Market during 2022-27 since it is substantially investing in nuclear, chemical, & pharmaceutical production facilities. The surging instances of health risks associated with the exposure to chemicals, radiation, & fumes to workers during manufacturing operations have derived the government interest toward mandating the use of NBC suits across industries. Additionally, the evolving need of the US military to develop nuclear-based mass destruction weapons would further fuel the regional market growth in the years to come, reveals MarkNtel Advisors in their research report, "Global Nuclear Biological Chemical (NBC)/Hazmat Suit Market Analysis, 2022." 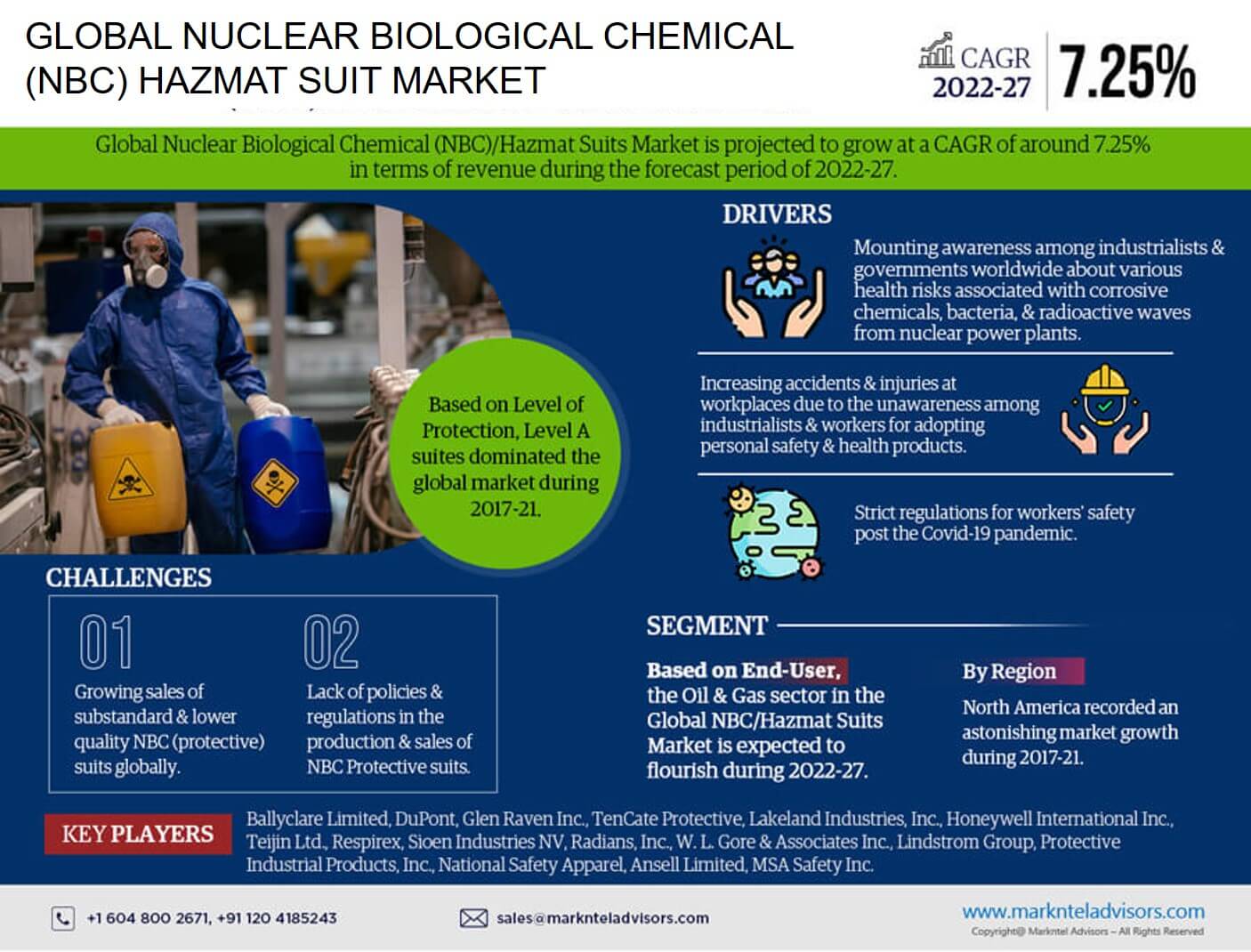