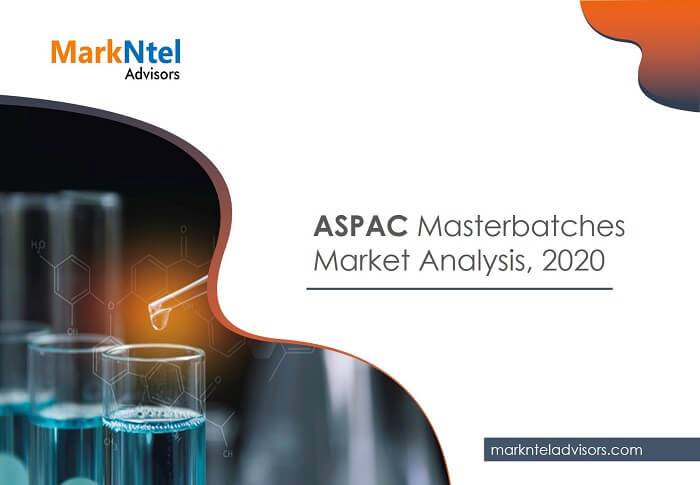 Masterbatch find their application majorly in the plastic products. Thus, the growth of plastic industries in Asia-Pacific has generated numerous opportunities for small- and medium-scale enterprises to enter the market and exploited growing demand for masterbatch in the country.

According to MarkNtel Advisors, in the report titled “Asia-Pacific Masterbatch Market Analysis, 2020” the CAGR of the market is expected to exceed around 7.5% during 2020-25. The demand for masterbatches is growing due to its wide application areas such as blow molding, roto-molding, film extrusion, and injection molding. Film extrusion is the most used process for the manufacturing of sheets, thus, it exhibited a healthy growth rate in the past and is expected to show positive growth during 2020-25.

The rising demand for the plastics in the packaging industry is expected to boost the Masterbatch market in Asia-Pacific in the forecast period. There is a rapid demand for the masterbatch as it uses efficient ways for coloring methods which give numerous viable opportunities to the end users. Black masterbatches have extensive uses in garbage packaging, agricultural sheets, consumer goods, and construction materials. White masterbatches have widespread usage in the healthcare industry, consumer goods, packaging of food and beverages. Likewise, colour masterbatches are used in the construction materials such as in cables, PVC pipes, and other building materials.

Owing to a considerable growth in the polymer industry, is snowballing the demand for masterbatch as these are use safeguard the polymers from harmful radiation. Local players in the Asia-Pacific region manufacture masterbatches as the key raw material for the production of plastic. The innovative and flexible packaging market is booming due to the shifting consumer preference toward enhanced packaging. 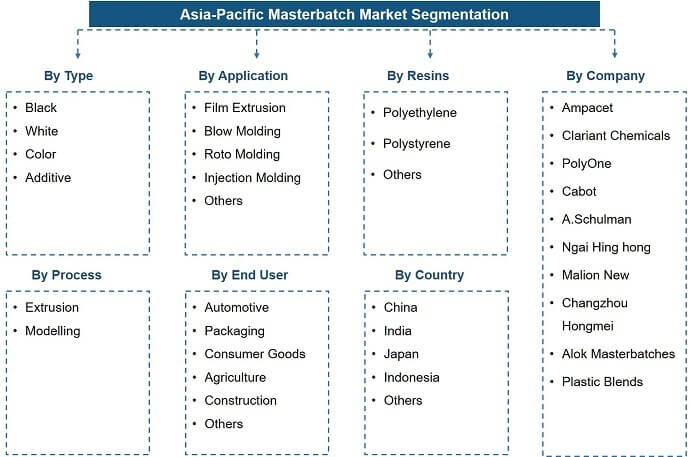